A New Beginning for Scottish Labour 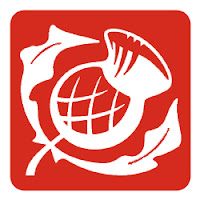 With that in mind, let’s delve deeper into answering whether binary options trading is safe in terms of its methods, platforms, and trading mechanics.

The news that we, as an organisation have been welcomed into the independence campaign has delighted me. We have come such a long way in such a small period of time. It was only a little more than a month ago, that we had 13 Facebook 'likes' and most people in Scotland just assumed that a Labour voter was a union voter.

I'm proud we have changed some peoples perception, I'm pleased that we have given the pro Indy Labour voters a home to voice their opinions. In the last month, we have gained 24,000 Facebook viewers, created our own website which after one week has more than 2000 hits. Been granted an interview with C.O. for the Yes Campaign, Blair Jenkins, and now I have been offered the chance to address the independence march. All of these achievements are down to your commitment and support.

But we have only just begun, we need every Independence supporting Labour member to come out on the 22nd of September under the banner of Labour for Independence. We need to show the Labour party, the rest of the political parties and the media watching, that there is a genuine demand from Labour voters for Independence.

In the coming months we will look to appeal to Ms Lamont and the heads of the Scottish Labour Party for a membership vote on Labours stance.

But we need your help. So spread the word, come out on the 22nd and if you can help in any other way please get in touch.

Together we can make the Labour party, a party people are proud to vote for again, a party comfortable in it's position in an independent and prosperous Scotland.

Welcome to the launch of the Labour for Independence website.

As a Labour party member, this page was made in regards to a Labour Junior Minister telling me, that if I wanted independence, to vote for the SNP. On what mandate were the upper echelon given to say that the Labour Party should be anti independence?

There are many in the Labour party, who seek and support an independent Scotland. There are also many supporters who once were Labour but have lost faith or moved political ideology because of a Labour party more concerned with middle England than their core bases, especially Scotland.

Having been greatly encouraged by the support our Facebook page  The decision was made to launch our own website. We would like to encourage supporters of all parties to use this and our Facebook page as a place for new debate and discussion not only in regards to independence but also how we wish to shape the Scottish Labour Party to fit the needs of the Scottish People.


At this site we strongly support the YES Campaign, and encourage all of our supporters to do the same. Thank you for reading this and encourage you to continue to get involved.

(Labour for Independence founder)
Posted by Labourforindy at 08:11 15 comments: